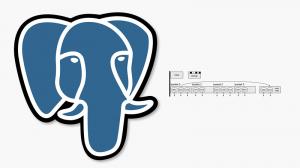 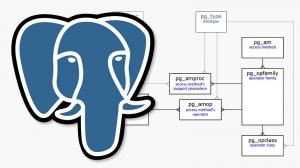 In the first article, we've mentioned that an access method must provide information about itself. Let's look into the structure of the access method interface. 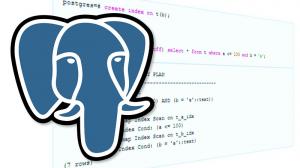 This series of articles is largely concerned with indexes in PostgreSQL.

Any subject can be considered from different perspectives. We will discuss matters that should interest an application developer who uses DBMS: what indexes are available, why there are so many different types of them, and how to use them to speed up queries. The topic can probably be covered in fewer words, but in secrecy we hope for a curious developer, who is also interested in details of the internals, especially since understanding of such details allows you to not only defer to other's judgement, but also make conclusions of your own.

Development of new types of indexes is outside the scope. This requires knowledge of the C programming language and pertains to the expertise of a system programmer rather than an application developer. For the same reason we almost won't discuss programming interfaces, but will focus only on what matters for working with ready-to-use indexes.

In this article we will discuss the distribution of responsibilities between the general indexing engine related to the DBMS core and individual index access methods, which PostgreSQL enables us to add as extensions. In the next article we will discuss the interface of the access method and critical concepts such as classes and operator families. After that long but necessary introduction we will consider details of the structure and application of different types of indexes: Hash, B-tree, GiST, SP-GiST, GIN and RUM, BRIN, and Bloom.

Before we start, I would like to thank Elena Indrupskaya for translating the articles to English. Things have changed a bit since the original publication in 2017 on habr.com. My comments on the current state of affairs are indicated like this. 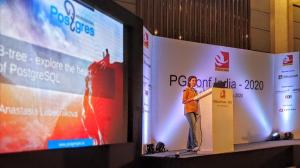 February 27, 2020 | Patch by Anastasia Lubennikova accepted in the upcoming version of PostgreSQL 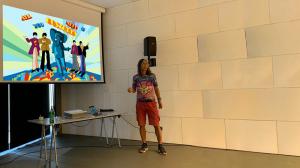 June 28, 2019 | Postgres Professional took part in the PGIBZ conference on the beaches of Ibiza

The conference gathered about 100 people, including PostgreSQL developers, DBA and customers from all over the world. 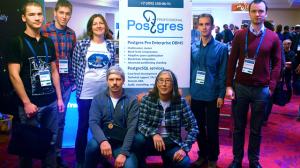 Postgres Professional delegates are back from PgConf.EU 2017 - the annual European PostgreSQL conference, which took place in Warsaw on October 24-27. 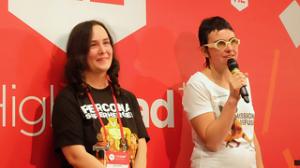 This blog compares how PostgreSQL and MySQL handle millions of queries per second. 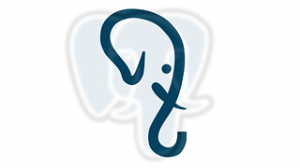 PostgreSQL 9.6 was released yesterday. This is a great release which provides to users set of outstanding new features. We are especially happy that Postgres Professional did substantial contribution to this release. 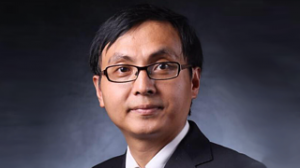 This talk gave an overview about the Postgres adoption in 2015 in China. 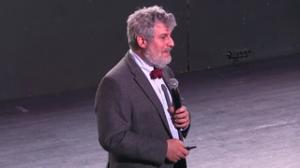 This talk covers the top ten new features that appeared in the Postgres 9.5 release. It covers some of the major focuses for post-9.5 releases. 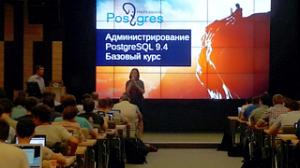 In July 2016 in Minsk, the capital of Belarus, Postgres Professional held educational course for PostgreSQL users and administrators. 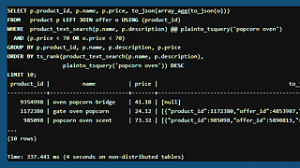 We are delighted to repost the  article by Citusdata, and appreciate the recogintion of our contribution:  "Special thanks to the people at Postgres Professional  for contributing most of the full-text search, JSONB, and GIN index features in PostgreSQL, as well as the initial code for the Citus COPY feature" 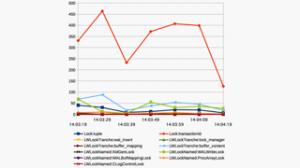 Recently Robert Haas has committed a patch which allows seeing some more detailed information about current wait event of the process. In particular, user will be able to see if process is waiting for heavyweight lock, lightweight lock (either individual or tranche) or buffer pin. The full list of wait events is available in the documentation. Hopefully, it will be more wait events in further releases. 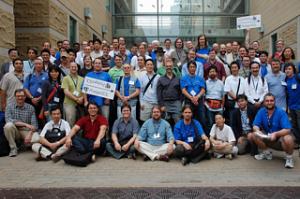 Oleg Bartunov: Today I have feeling, that our developers community needs some nostalgia. 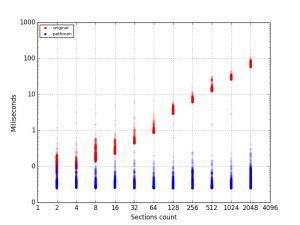 pg_pathman is distributed as PostgreSQL 9.5 extension and available at github