The annual European PostgreSQL conference took place in Warsaw on October 24-27 2017. According to a tradition, a new city is selected for this meeting each year. This time the right to host  PGConf.EU  had been won by Poland. Seven ambassadors of Postgres Professional took part in the conference, communicating with the colleagues and potential customers.

Four days spent at the conference were filled with fruitful discussions, as well as performing and listening of talks. Also we took part in the GUI tools developer meeting, which was organized at this conference for the first time.

The general impression from the conference is that it is growing both in quality and in audience. The average level of the talks is rising, and nothing is too easy and boring. The event was sold out several weeks before its start.

What was Postgres Professional team speaking about?

A full hall was gathered to listen to the talk of Oleg Bartunov, CEO Postgres Professional, «JSONB in PostgreSQL - The Roadmap» - a story of JSON support in PostgreSQL, its internals and usage, and description of new JSON features of SQL:2016 standard in PostgeSQL and its implementation in PostgreSQL by Oleg and colleagues.

The jsquery extension, a unique tool for index search in JSON(B) contents, was also mentioned. 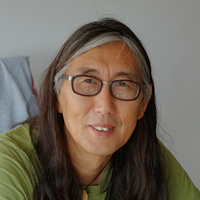 PostgreSQL is a word leader in support of semistructured data (which actually means JSON). It was the first  relational DBMS which implemented JSON support and JSON seach, and now we are approaching to its standartization. The new SQL standard was published at the end of 2016, and our team started working on its implementation. It is very encouraging that people show interest to this work. The fall has more than full, the interest displayed in quesions was great, many people thanked us for this work and told us, that they are using it and like it. As far as I understood, the organizers had put my talk in last time slot of the schedule, in  order to stop the people from leaving the conference too early. I obtained a confirmation, that our  work on JSON is useful and actual.

We work on semistructured data since 2003. We implemented hstore, than JSONB, now SQL/JSON. This topic is ours.

I have always said that PostgreSQL is a universal DBMS, so it has to support different kinds of workload, to fit different usage profiles. Pure NoSQL are to be superseded by Postgres. This is possible due to JSON support, which allows to work with data of different structure, and to change schema easliy on the fly. This is implemented in a stable and safe relational database, which is verfied by years, and has wide enough functionality for any kind of user projects. Of course, much work is yet to be done. The SQL/JSON features are planned for 11th release, together with JSONB compression, some new index types and other interesting thigns. 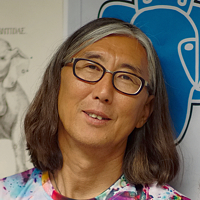 Full text search is an example of signigicant contribution of our team into PostgreSQL. We are the authors and main developers of this function. Next release will contain a new way of configuring full-text search, which is important as it provides more possibilites for the users to set up custom configurations. The search is very flexible already, but many settings are difficult to use. Now we propose a new approach to configuring, which is more understandable and more flexible. This flexibility allows to improve performance, for example for multilingual search, where it allows to create more efficient dictionary configurations.

The PostgreSQL community conferences are often accompanied by developer meetings, devoted to some specific topics. Warsaw hosted the first GUI tools developers meeting. Most popular of such tools, PgAdmin, is now suffering reincarnation, changing from the 3rd version, based on a nice, but loosing popularity  WxWidgets toolkit, to the 4th version, build with the elements on Web technologies. These changes appear painful for many users, but the PGAdmin developers work hard and have recently released the  second version of PGAdmin4.

Many tools solving different specigic tasks, also exist and grow. Some of them was represented at the meeting and the conference, e.g. the new  temBoard by Dalibo, which can in future become a real alternative for PGAdmin, a powerful developer tool DataGrip by JetBrains, etc.

The meeting took a whole day, its summary is published on Wiki. 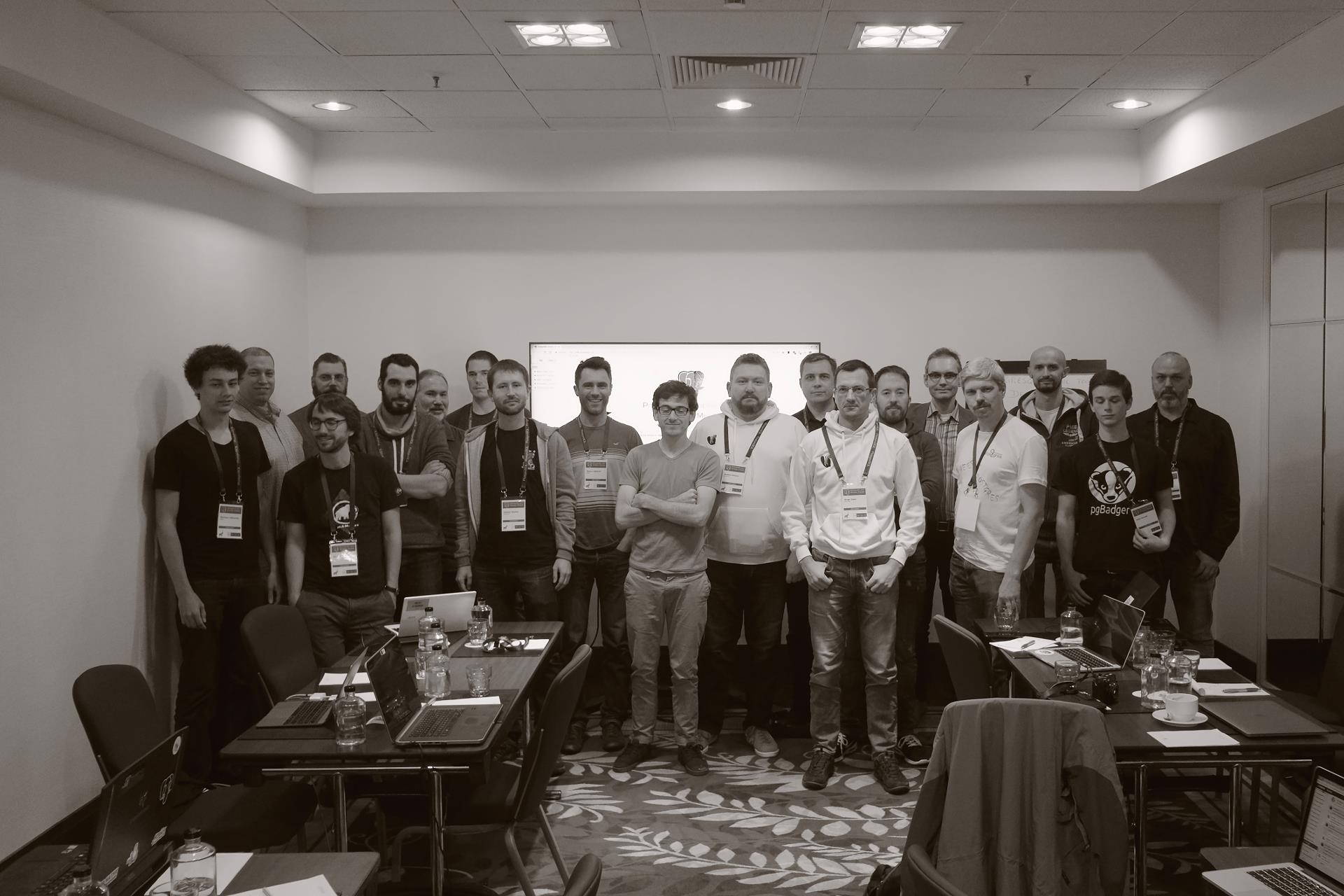 An important talk on pluggable storage prototype was given by Alexander Korotkov, Chief Developer of Postgres Professional.

A lightning talk announcing upcoming PGConf.Russia 2018 was presented by Ivan Panchenko. The Russian conference is already familiar to many participants of PGConf.EU, some of them planning to visit Moscow in February.

Some new faces of Postgres Professional has been also seen in Warszaw. Lily Novik, Victor Drony and Alexander Parfenov are first time at the European conference, Arthur Zakirov is the second time after debuting in Tallinn. 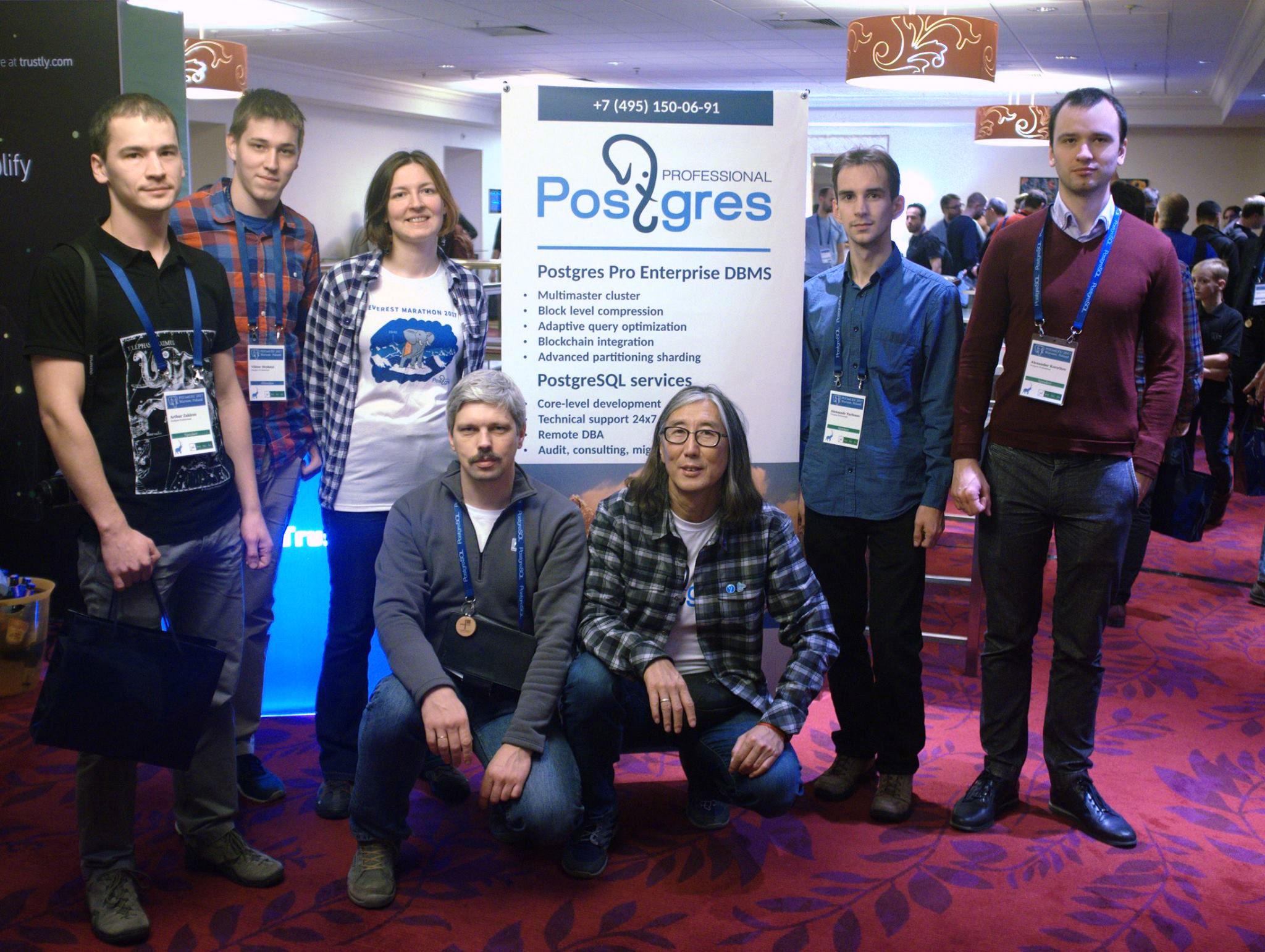